Quick questions OS: Windows 10 HOI4 version: 1.12.6 Kaiserreich version: 0.23.1 List any other mods used: No Were you using Steam? Yes Were you in multiplayer? No Which expansions do you NOT have? BftB, BBA

Explanation of the issue: Socialist Russia and Turkey have almost the same map color, potentially causing confusion about which owns/controls which territories, especially when both countries have a decent chance of bordering each other during a playthrough, or even being in the same faction.

Possible solution: Change the color of one of those two tags to another one. Maybe socialist Russia should be a darker red, or Turkey should use a different shade of red. 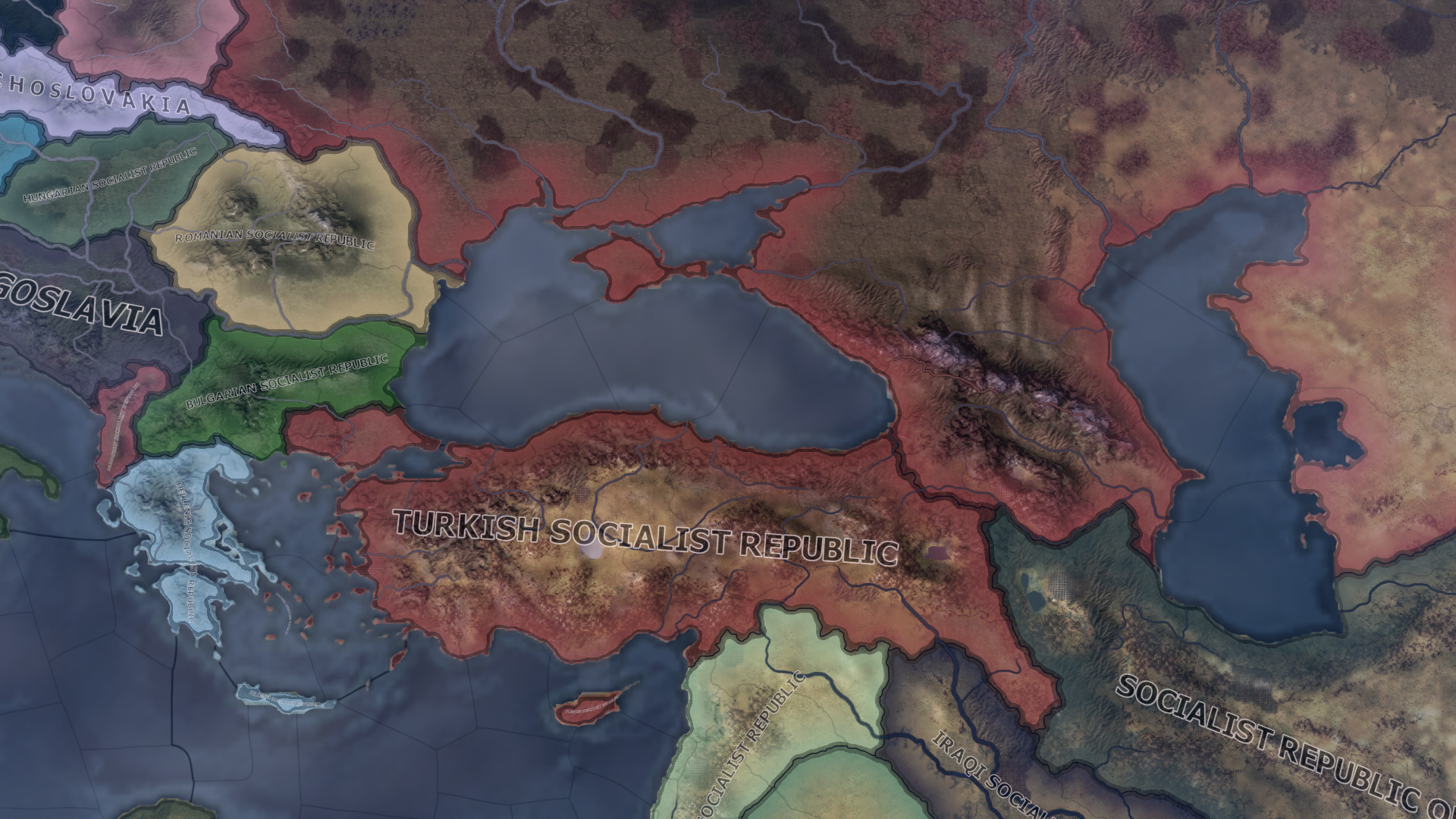 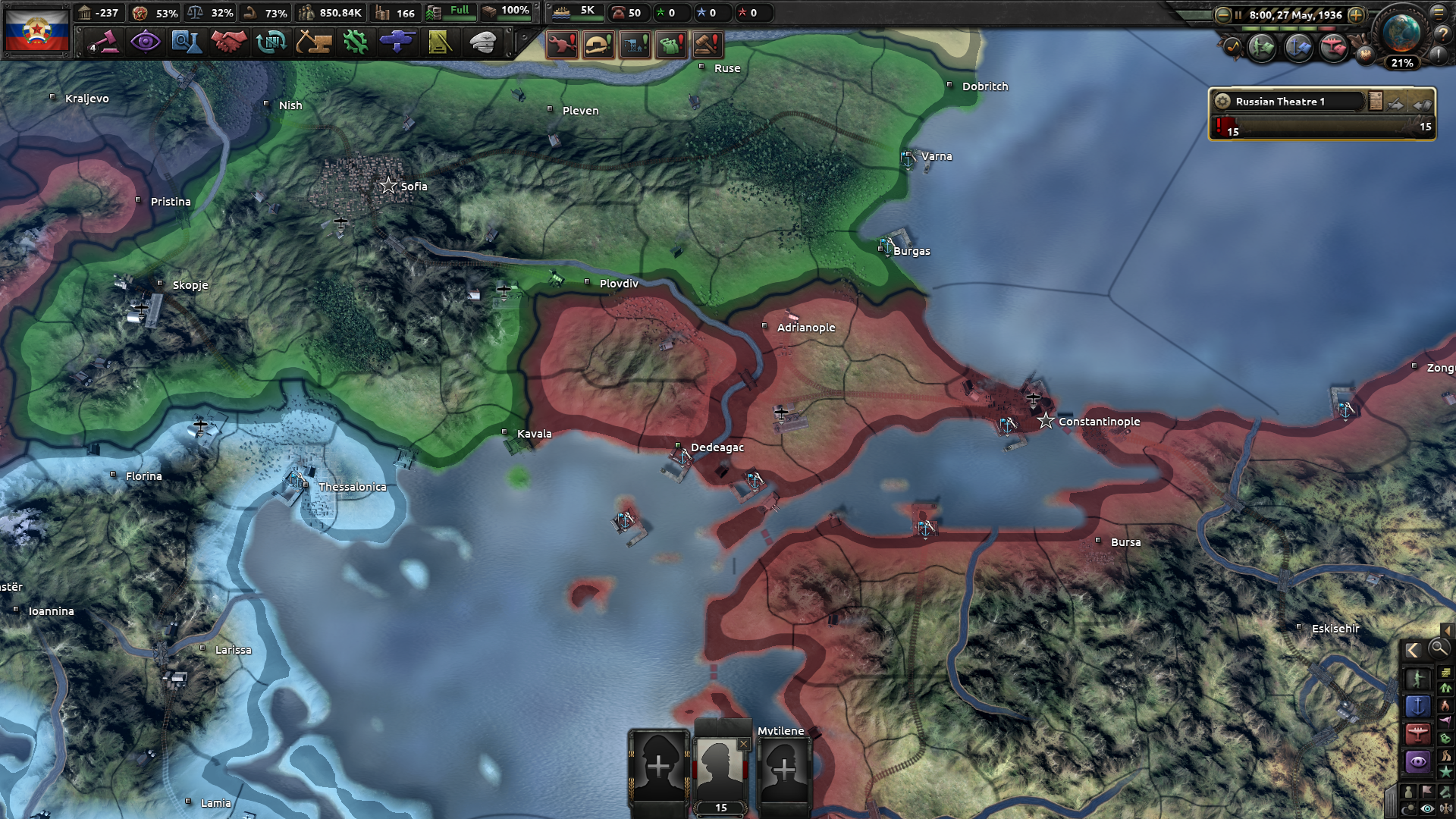 The color of socialist Russia is also similar to the color of the Bharatiya Commune, but those two are less likely to border each other. 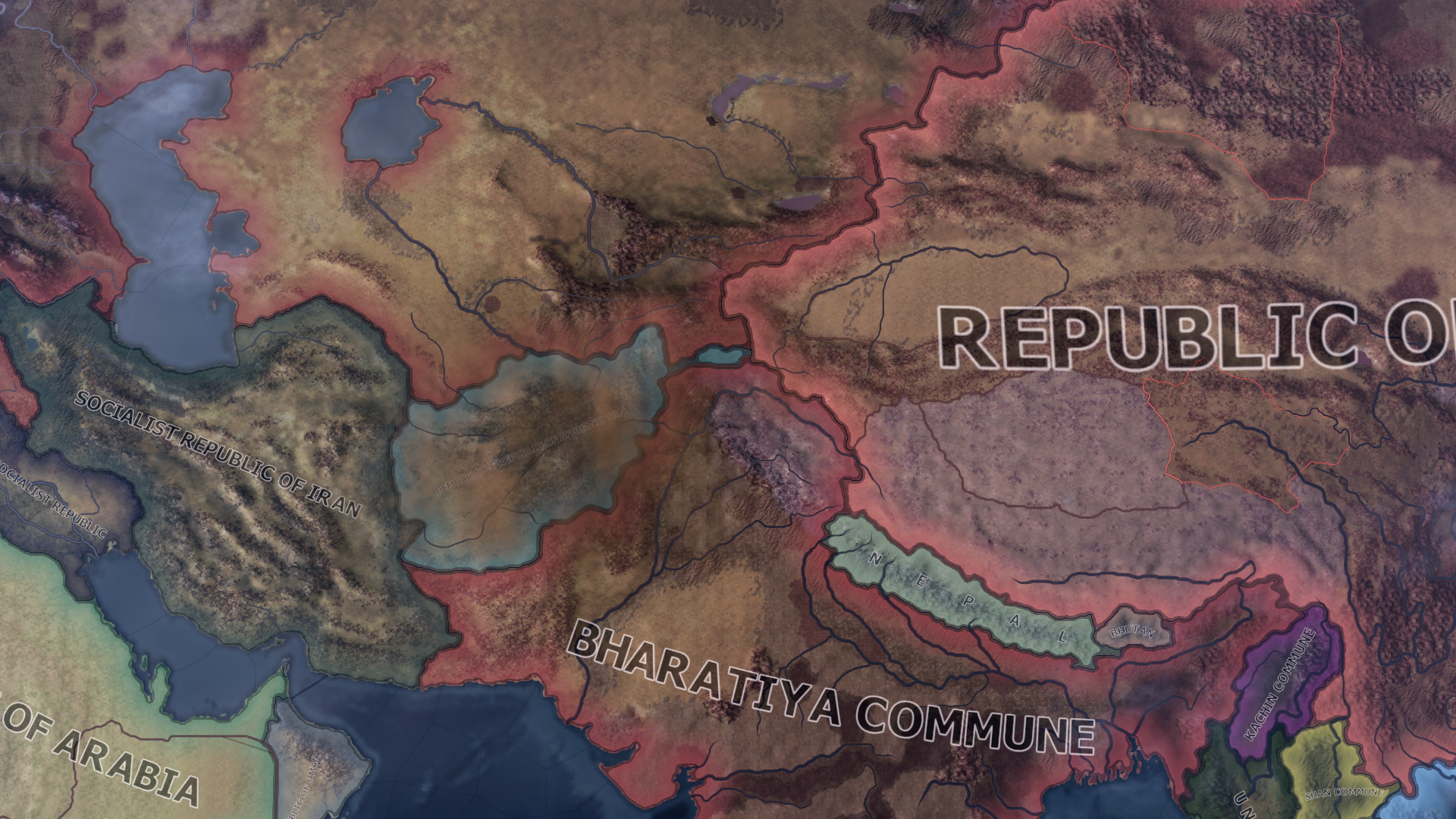