Quick questions OS: Windows 11 HOI4 version: Avalanche 1.12.5 Kaiserreich version: 0.23.1 List any other mods used: Were you using Steam? Yes Were you in multiplayer? No Which expansions do you NOT have?

Explanation of the issue: When playing as the United States, a pop-up for Uruguay explaining their situation (as if you were going to start as them) is shown. Then as you start into 1938 or the Wagner Act decision tree, the screenshot I submitted appears. I suspect that the two countries have merged, game-wise.

Possible cause: Not sure

Screenshots: screenshot of Uruguay decisions appearing while playing the USA.zip

This game was not started on 0.23 - the area around Kuban has no owner, since the Don-Kuban Union was removed in that patch. 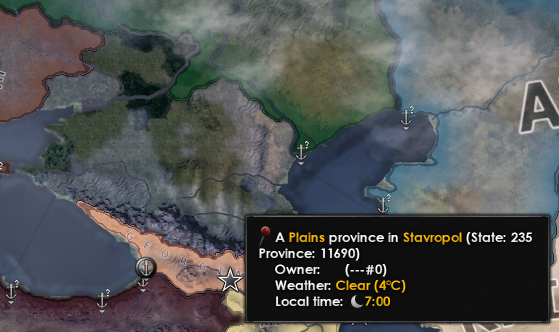 You need to start a new game. If this happens on new games as well, I strongly recommend a clean install of KR as explained here: https://kaiserreich.fandom.com/wiki/How_to_do_a_Clean_Install